I just came across some school pictures and report cards completely by accident today, January 31, 2010.  It’s very disturbing to see how many days I was absent from school in the first grade.  I was NOT a sickly child.  These were days my mother kept me home because I was ‘in trouble’ — and being abused. 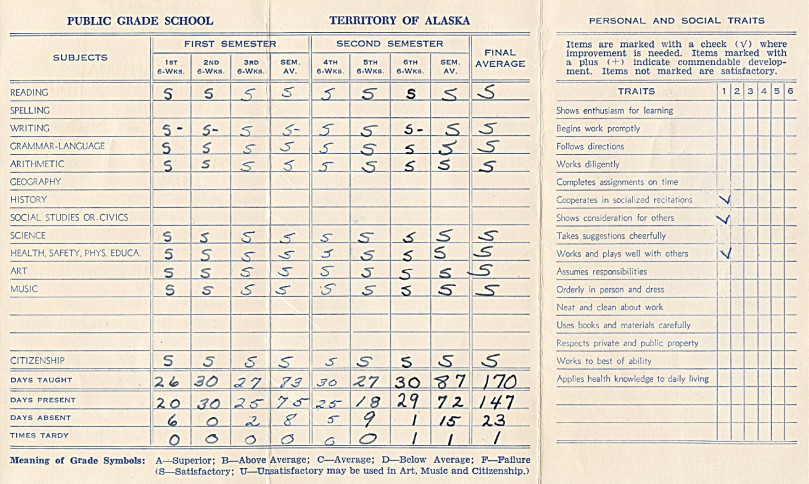 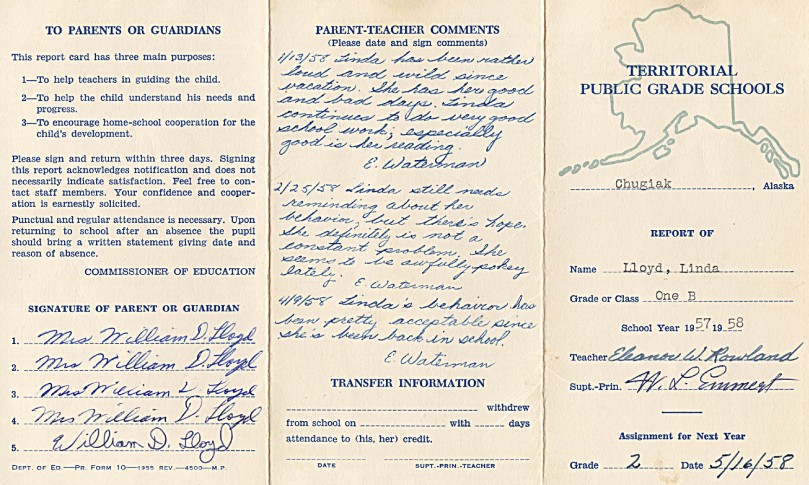 “Tonight is movie night at school – only John and I are going and Linda can’t go as had terrible report of conduct from her teacher, until she improves!!!  It will be a reward.  Isn’t that maddening when I’ve worked so hard teaching her!  Gr-r-r.  John is doing well in all ways this year his teacher said Tuesday night.”

Did she think beating and terrorizing her child was hard work?  I am so MAD at that teacher!  All she would have had to do was to care enough to ASK me what my life at home was like!

“I’ve ‘a sewing urge’ too.  I think I told you I bought some beautiful turquoise corduroy material and cut it out last night and finished it already – an almost full circle skirt and now I want several more.  It cost less than 4:00 including zipper, thread etc. and I even made my own button hole.

The girls watched ‘wide-eyed’ and have been most interested ever since I made ‘set’ – ‘gown, blanket, bib for Graces’ baby.  (So sorry it didn’t get there in time for shower).

I had a brilliant (?) idea – I hope.  If Linda [age 6] takes care of her clothes and I have a ‘good behavior’ report (teacher says her work is EXCELLENT) then she gets her ownsewing machine for Xmas.  I got the idea last week when I bought the material.  Next door in the hardware shop they were putting out Xmas toys etc. and I saw it.  She can help make her own clothes and I sent today for ‘darling doll wardrobe’ for all their dolls.  I saw it in “Everywoman’s’ magazine (which we can get here) and checked in pattern books but none as cute.

I told her about idea after last P.T.A. meeting, when teacher told me and evidently she has been very good since then 9she says) but I’ll check with teacher.”

I don’t remember this and certainly never was given a sewing machine.  At 18, as soon as I was out of Naval boot camp and settle in the barracks in San Diego for my training school, I found a woman who also lived there and asked her to teach me to sew.  I made my own clothes then and loved it. 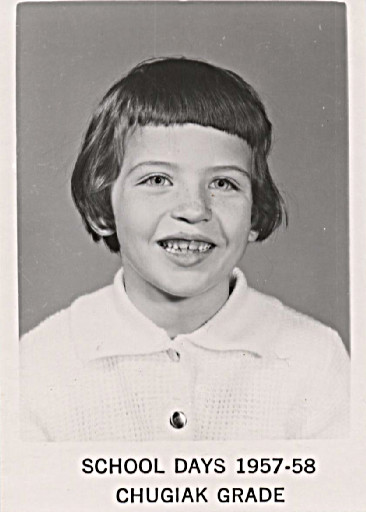